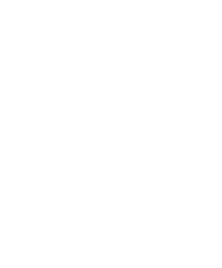 BUDDHISM IN RUSSIA: FROM THE PAST
TO THE PRESENT

THE HISTORY OF BUDDHISM. PART 2

Watch the trailer
BUDDHISM IN RUSSIA:
FROM THE PAST
TO THE PRESENT

The two-part saga begins in the 6th century in the Altai region and passes through the centuries, showing the history of Russian Buddhism with its periods of heyday, suppression and revival.

One can learn from the film the events of the past and the views of the future, the fate of the Kalmyk people during the WWII and the modern period of Buddhism renewal in the Russian Federation.
The film is recommended for viewing by the RAS Institute of Oriental Studies.
Directed by
Grigory Dikkert
Duration
2 episodes, 120 minutes
Screened by
Elena Leonteva
Release date
2019
Genre
Popular science, documentary
Country
Russia
TRAILER
AWARDS

The film tells the story of Buddhism in Russia from the perspective of one of the most renowned Russian Buddhist leaders Agvan Dorzhiev (1854-1938).

Agvan Dorzhiev
He had lived at the crossroads of historical eras and had left his footprints on the sands of numerous countries. Buryat by origin, he had studied in Lhasa and had become a prominent scholar, mentor of the Thirteenth Dalai Lama and then the roving ambassador of Tibet to Russia.
Buddhism is a teaching about liberation from darkness and ignorance by discovering and realizing the highest level of intellectual development.
Agvan Dorzhiev
+7 967 121 94 77
buddhismdoc@gmail.com
"Cultural Heritage of the Himalayas"
© 2018. All rights reserved
Website creation
YanaZlato.com